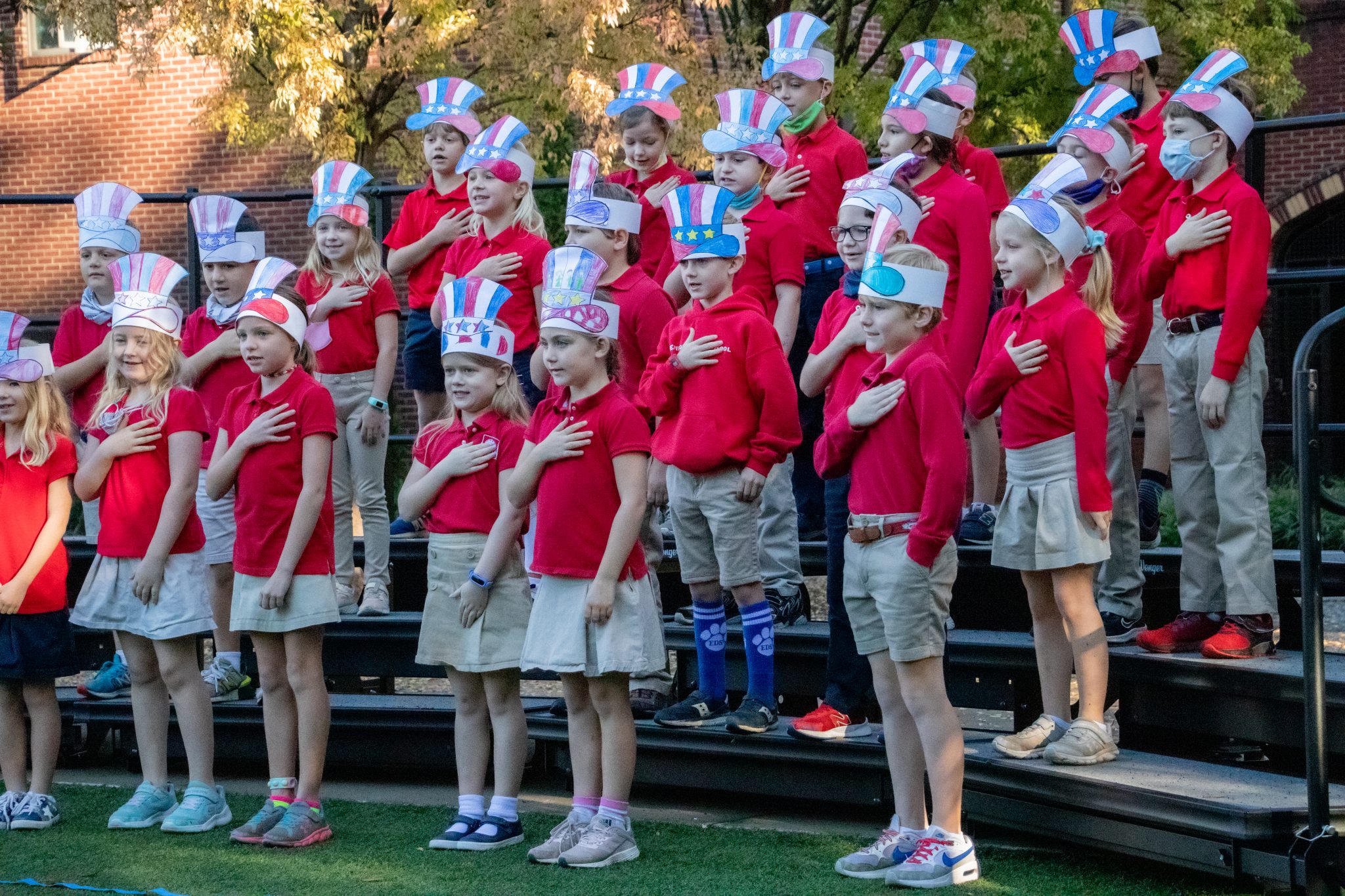 Father Ted Clarkson led our opening prayer. Following the Pledge of Allegiance, the Fifth Grade sang “The Star-Spangled Banner” and the First Grade sang “This Land is Your Land.” Fifth-grade students Janiyah F., Josie M., Jane Marshall O., Ruby P., Makenzie P., and Yates R., shared their reflections on personal interviews of veterans of the armed services, and Second-Grade students sang “The Preamble,” a song about the Constitution and its opening statement of principles.

Command Sergeant Major (Ret.) Tom Clark engaged the audience with a message inspired by his years of service in the United States Army and Johnny Cash’s song, “Ragged Old Flag.”

With the assistance of Sixth-Grade students Fisher B., Addy C., Spence P., Benjamin S., and Sienna S., students and guests participated in the “Armed Forces Medley,” standing during the appropriate song if they or members of their family have served or are currently serving in the United States Armed Forces. The assembly ended with closing remarks from Dr. Murray and a closing prayer.

EDS is proud to honor America’s veterans for their patriotism, love of country, and willingness to serve and sacrifice for the common good.

Photos from the Veterans Day Assembly

EDS Faculty since 2021; 9 years prior experience