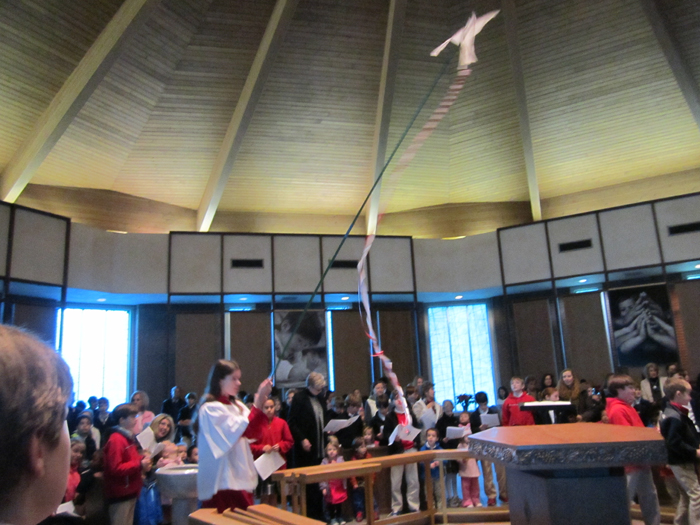 EDS is a member school of the National Association of Episcopal Schools. (NAES) The Association calls for an annual “Episcopal Schools Celebration” that can take many forms, and is meant to highlight the students, families, mission, and ministries of the 1,198 schools and early childhood education programs in the Episcopal Church.

At EDS our celebration includes daily prayers for Episcopal schools, our parents and volunteers, and the members of our Board of Trustees. Our festivities culminated in an all-school chapel today, featuring reflections on the strengths of our community and our living out the year’s theme. All students from first through eighth grade wrote reflections, and a representative from each grade shared their thoughts in chapel. Our worship gave thanks to God for the countless blessings He has bestowed upon us, and asked for His continued guidance and strength as we move forward. Finally, after chapel, Mr. Murray and I will visit every classroom and office to bless the campus (an Epiphany tradition) with holy water.

 There are 1,198 Episcopal schools and early childhood education programs.

 Episcopal schools are found throughout the Episcopal Church, which has 109 dioceses and 3 regional areas in the states, commonwealths, and territories of the United States and in Haiti, the British Virgin Islands, Dominican Republic, Honduras, Colombia, Ecuador, Venezuela, Taiwan, Belgium, France, Germany, Italy, and Switzerland.

 Texas has 116 schools and early childhood education programs in 6 dioceses, the most of any U.S. state, commonwealth, or territory.