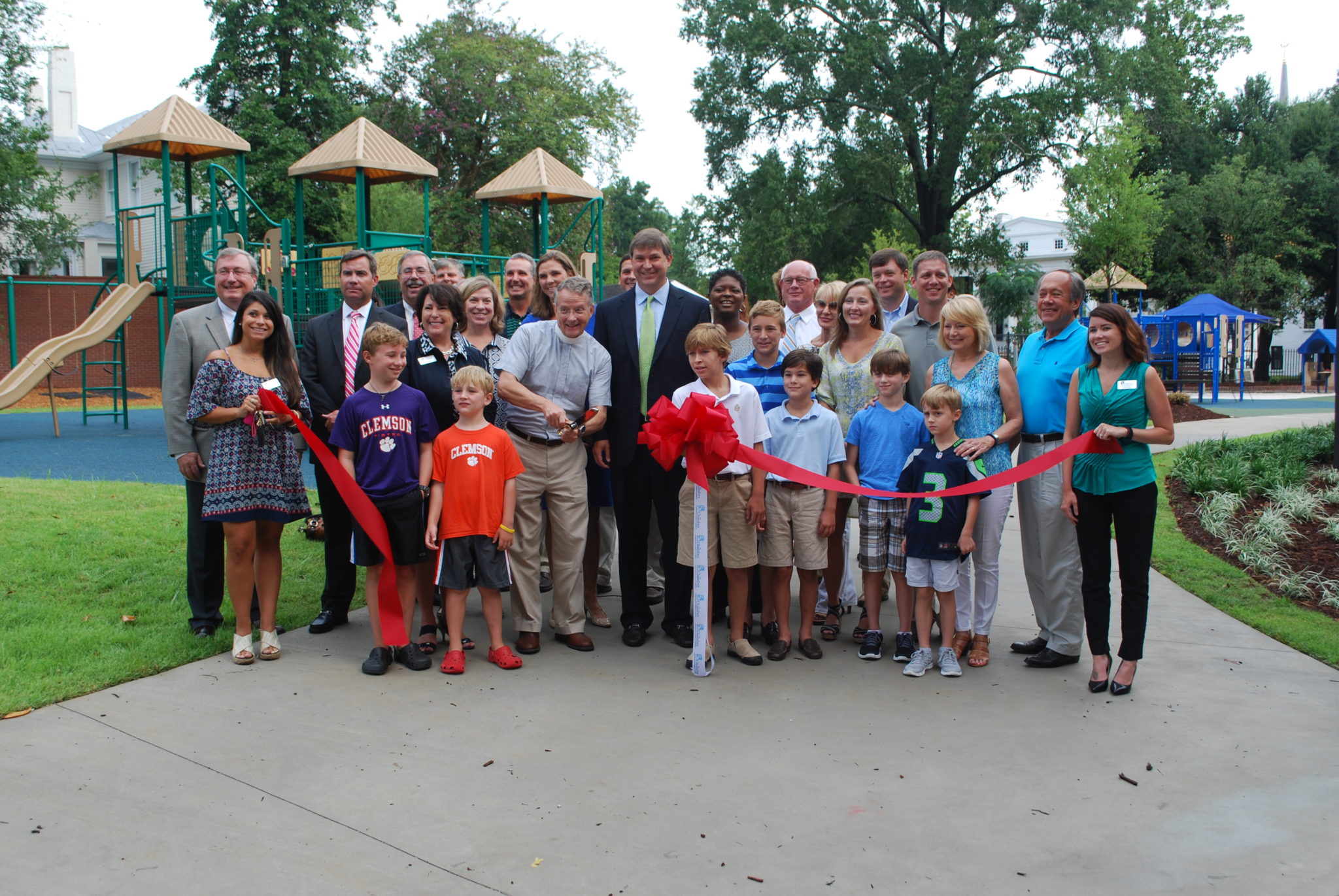 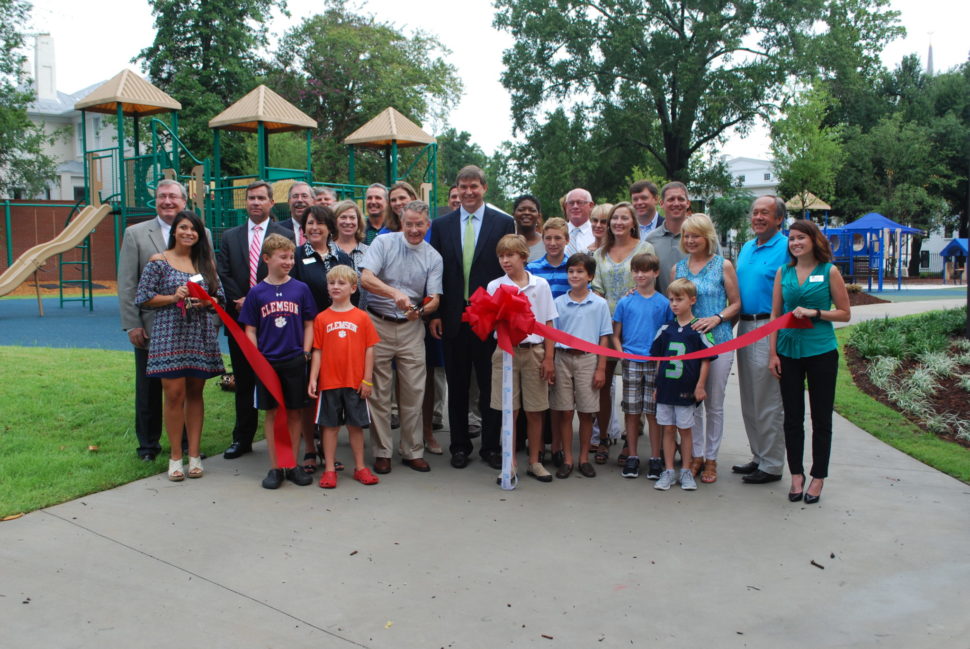 This morning the rain stopped and the clouds parted just in time for the official Ribbon Cutting Ceremony for the newly renovated EDS playground and field.  After two years of design, funding, and construction, the transformation of the Walton Way campus – Phase I of a comprehensive master plan that includes Flowing Wells Road – is complete.

Gray Jackson, EDS alumnus, parent, and Chairman of the EDS Board of Trustees, opened the ceremony thanking attendees and welcoming Sue Parr, President and CEO of the Augusta Metro Chamber of Commerce.  A number of local dignitaries were present, as well as EDS faculty and administration.  Headmaster Ned Murray stated that the playground renovation creates additional classroom space outside- where students will continue to hone life skills such as healthy competition, conflict resolution, and health and wellness.

Jim Trotter thanked the many Trustees also in attendance, as they collectively funded almost the entire $800,000 project.  He specifically thanked the Barton and Barfield families for their generosity and vision, as their leadership gifts were instrumental in jump-starting the project, thus the Jane Barton Playground and the Barfield Courts.  Former Board Chairman Andy Jones was recognized for encouraging and guiding the Board for the past two years, and for setting a philanthropic example with his own leadership gift.

Dennis Trotter, Chairman of the Planning and Design Committee, thanked the team from RW Allen, general contractor for the renovation, for attention to detail on an unprecedented playground project for the CSRA.  Nowhere else in the area will a downpour an hour earlier be drained and dried on state of the art synthetic fields, courts, and play surfaces.

The last to speak, Father Robert Fain gave thanks to God, as it is with His blessing that EDS and the Church of the Good Shepherd have been and will continue to serve the children and families of this community.

EDS Faculty since 2022; 22 years prior experience

Join us to celebrate our 2022 EDS retirees

Closing Convocation and Retiree Reception Please join us on Thursday, May 26 to recognize and celebrate the accomplishments of our…

For many years, the Morris Museum of Art has hosted Combining Voices, a special literary competition for students in…