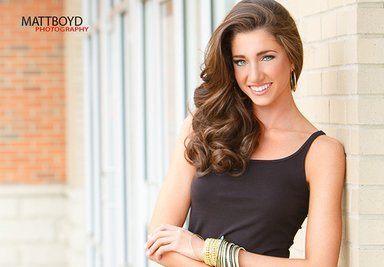 By Ned Murray and Kevin Grogan

EmmaKate, who recently turned 16, is a student at Aquinas High School. I’m proud to say she was once one of ours: she attended Episcopal Day School through the fifth grade, when she left to attend John S. Davidson Fine Arts Magnet School. She has never really left EDS, however; she returns frequently to visit former teachers, assist in classrooms, and to coordinate – with Mrs. Grogan’s first grade class – the whole school’s participation in the “Soles4Souls” shoe drive. Remarkably in one so young, she is already committed to a life of service and looks forward to a career in law, specializing in international philanthropy. I realize this may appear improbable, but EmmaKate is, as they say, “the real deal”- a person of dearly held convictions who acts on them for the betterment of others.

She is a national spokesperson (one of just ten) for Soles4Souls, a charity that collects shoes for those who need them. This is a project that has had particular impact on our entire school community and has become one of our philanthropic fixtures. EmmaKate’s natural leadership in this program is real and lasting; she has personally collected over 10,000 pairs of shoes in the CSRA over the past three years by speaking to churches, schools (Aquinas, Augusta Prep, DFA and EDS), Rotary Clubs, the media (Augusta Chronicle and WJBF Live news at noon with Mary Morrison), the residents of St. Johns Towers, and many local businesses.

She is an unusually motivated, tireless, dedicated young leader who has organized volunteer events for 140 teens. She has lead fifteen Leadership Development Conferences impacting over 2,000 elementary and middle school age students. She has sung the National Anthem at numerous events across the state and served as the lead vocalist and guitarist for the GRU Sand Hills String Band.

You may well wonder where she finds the time. (I certainly do.) She is a bright, hard-working young woman with so many talents and interests. Her enthusiasm for volunteerism is contagious, and she is possessed of the blithe earnestness of the true believer. EmmaKate is both zealous and sincere about the causes she takes up, and is convinced (and convincing) that her actions matter. Recently, when speaking to the Rotary Club of Augusta – in what was widely agreed to have been one of the most eloquent, poised, and inspiring talks in the club’s history – she said, “I believe that by promoting leadership and service at an early age, the youth of today will make a difference now and in the future!” Carrying this message to a larger public by speaking to students and civic groups has become her primary means of delivering this important message and empowering others, motivating other young people and providing them with the skills they need to make a difference in their communities. She seeks every opportunity to share her message and to provide a concrete example through her own community service project, Soles4Souls, to as large an audience as she can reach in an effort to multiply her efforts and make an even greater impact throughout Georgia.

A young woman like this comes along once in a lifetime. I’m glad she came along during mine.

Preschool and Lower School are participating in a Community Service Project benefitting Lamar Elementary and the RISE Augusta program. Families may…

May 2021 Football and Cheerleading Skills Clinics

As in years past, the EDS Athletic Department is preparing for the next athletic year by hosting a few practice…

For twenty-one years, the Morris Museum of Art has hosted Combining Voices, a special literary competition for students in grades…