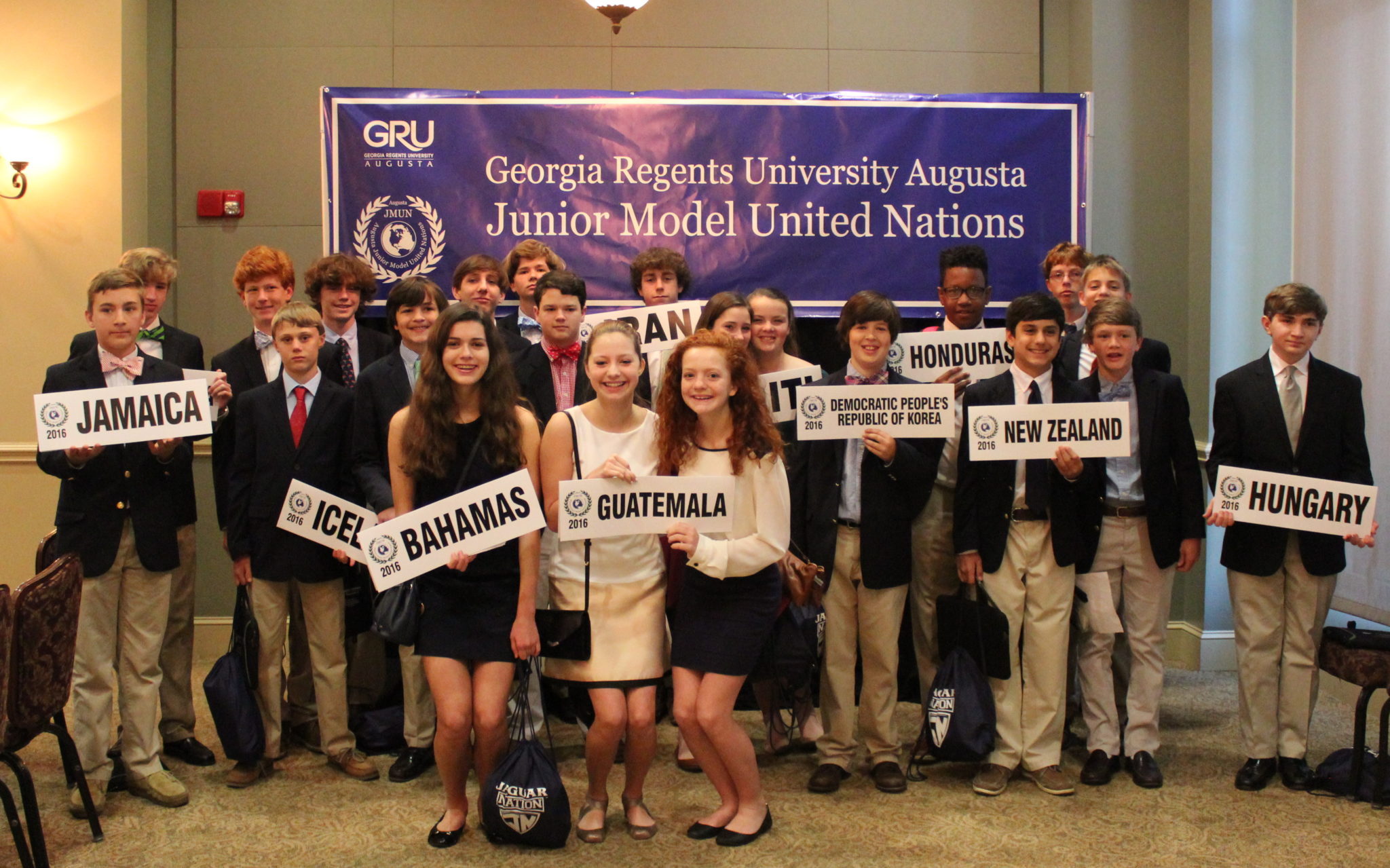 The delegates addressed two main issues: Addressing the Situation of Child Soldiers and The Right to Privacy in the Digital Age. Prior to the event, delegates researched their states and the issues to figure out how their states would actually respond to these resolutions in the real world. Delegates decided whether their states would want to pass, amend, or oppose the resolutions. Students were required to defend their positions in short speeches on the floor of the United Nations. Our students enjoyed the day of debate, negotiation, and voting with other middle school students from the CSRA.

The EDS delegation to the United Nations General Assembly included the following students:

-Jack C. and William B., Jamaica

View more photos from the Junior Model UN at Augusta University on Google+.